A trip to Aroona

Yesterday i stuck my nose out of the meditation tower again. My first journey took me to the fighter guilds outpost in the hidden valley to seek admittance to the 4th circle again. Sadly the result has not changed since the last tries, but at least i managed to evade most of the Cobras bites while harming it enough to run away from me. I still have no idea how strong the hyena is, as my struggle with the Leopard left him bleeding and myself fallen - failing the test again. 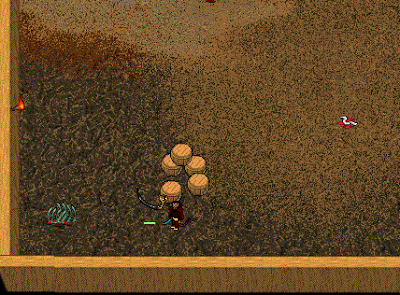 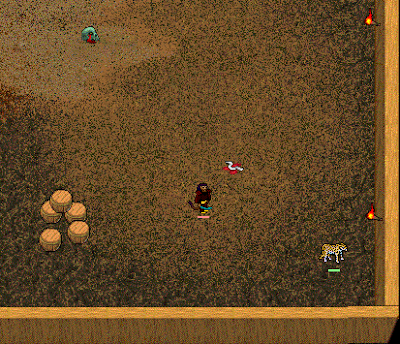 Afterwards i joined a trip to Aroona, after it had been promised to me it wouldn´t involve much time in the water - oh, how they had tricked me! Ag first we progressed well enough, even collecting several very valuable furs, like the one Falk managed to recover here. A bombthrowing pirate and a bunch of panthers costed us our only healer Frenzymac and rescue took quite some time, before we progressed again. We met a Tikari, a stronger relative of the Tigris, but to the combined efforts of our group it didn´t stand a chance. 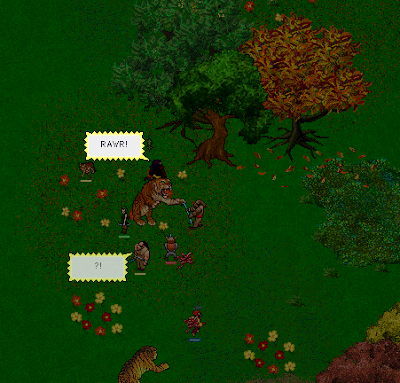 Just behind a bridge we then came upon a camp of Orga, Pirates and some Taesu-Lyfelidaes. Luckily i wasn´t hurt too bad and still found enough strength to stop Rion from entering the water in his rescue. 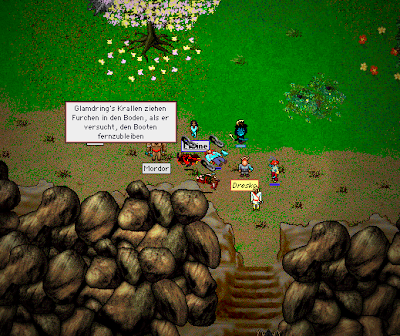 In our next effort we managed to enter the actual camp and destroy some lightening statues and we found a scroll and a moonbook there. When reinforcements left the huts, the retreat became chaotic and lots of people fell. Falk, Elaine, Lafa and myself had to retreat to the lake (staying in a boat is better than being dragged into the water head-down, but not by much) and had a hard time clearing a way until Falk finally managed to chain out enough helpers to rescue all the group. 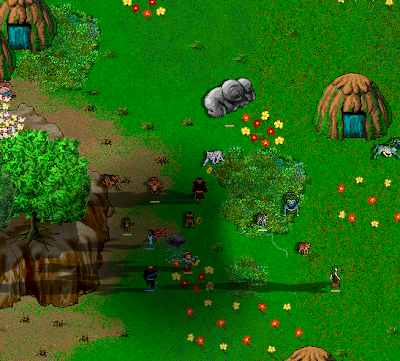 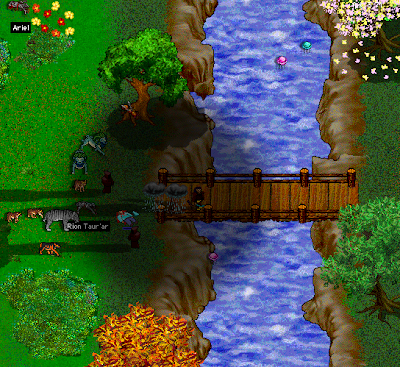 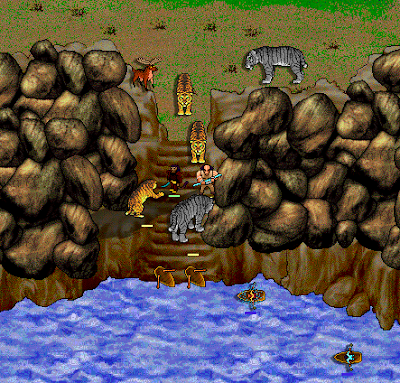 As several people had to leave by that time, we only briefly tried to bring down one of the strong Lyfes, but it regenerated too fast and too few of us were able to hurt it for our effort to bear fruit. 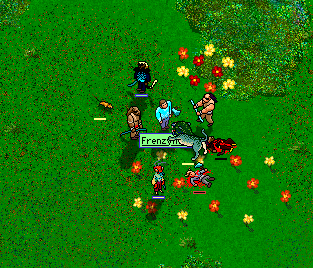 Back in town i caught a glimpse of Teboor waiting for some Arilonians, but as i had to sleep i couldn´t talk to him myself. Still, the others wrote a log about the meeting and Rion added his own thoughts on his scroll.
Eingestellt von Glamdring um 19:29 Kommentare: